Before we get into the main topic, I want to mention that the past few months have been very busy for me, so it's been hard to find time to write blog posts. But now things have settled down quite a lot, and I'll aim for writing posts not only more frequently, but hopefully with more compelling content as well. I'm excited to give it a shot, because I've got a lot of ideas for blog posts. Mainly going over not just what I'm doing, but how I'm doing it. I think that kind of thing will be useful for other developers who run into similar issues, or even just people who are curious about things that go on behind the scenes.

With that out of the way, let's move on to today's post.

We've had our Discord server for a while now, and it's been growing at a steady rate due to our Twitch livestreams. We've had a lot of developers join and we'll occassionaly talk amongst ourselves about game development and programming. However, I've wondered if there could be anything I could do to try and make the server a little more active. I'm not very talkative myself (outside of my streams), and there's only so much I can post about that can get people talking, and it can't be forced. As an introverted person myself, I've noticed that I don't usually talk unless somebody starts talking with me first. I've had a lot of fun conversations on the streams with people who ask me questions, and I enjoy answering them.

This line of thought led me to an idea: what if there was always someone in the Discord server who could ask me a question, or just the server in general, to get a conversation started? So I realized that maybe this could be accomplished with a Discord bot. Once a week, it would ask a random question to the general chat, and I would write up my own response to it. That way, each week there is some topic of discussion, and people can join in and talk about it. The questions would be anonymously crowdsourced from the users in the server, so you could ask the bot your question and every week it will pick one at random. There would need to be some level of moderation to make sure we don't get any inappropriate questions, so they'd all have to have my approval before being accepted. So in short, once per week, the bot picks one of the submitted and accepted questions, and everyone can freely chime in to talk about it.

I talked about this idea in one of my streams in December, when I was working on porting Detective Butler to the new game engine. Our long-time Twitch subscriber Sajo8 happened to be in the stream and liked the idea. I was planning on creating the bot when I'd finally have some time, but he generously volunteered to make it himself. As such, he finished the bot before the end of the month, and it is currently running in our server!

So, here's how it works. You send a private message to the bot starting with ".submit" (no quotes) followed by your question to submit a question. Then I'll be notified and will either accept or reject your submission. Then once every week (currently on Sundays, but that might change) the bot will pick a randomly accepted question and ping me and anyone else who opted-in. You can opt-in to be pinged by going to the "rules-and-links" channel and reacting accordingly.

In general, I was thinking the questions should be open-ended and primarily aimed at me, like "what is your favorite video game?" or "what is your favorite programming language?" or "any good anime you've watched lately?" Anything that is controversial or insensitive will be rejected, but otherwise I'll probably accept most questions, as long as they can start an interesting discussion.

This is at least one attempt to try and make the server more active, though I don't know how successful it will be. It all depends on whether or not people start submitting questions and how many people participate in answering them. But either way, it'll be a good learning experience, and will be at least worth trying. And honestly, there isn't anything wrong with people who prefer to silently lurk. It's just another way to have fun.

I have lots of other ideas for growing the community, but I think it's important to focus on what the community is really about. Is it strictly a place for fans of our games, or is it a place for game developers to learn and grow together? Can it be for both groups at the same time? What about the people who enjoy some of our games more than others? We've attracted a wide variety of people, from fans of detective stories, to crypto traders, and other developers who are also making their own game engines. Even though in isolation these things all seem quite unrelated, what brings all these people together is, after thinking about it, my own shared interest in all of these things (and more). In that sense, I guess it truly is a unique place, and I want to do my best to make it grow into something that can hopefully take on a life of its own.

Anyway, that's all for today. Don't forget to check out the Discord server if you're not already there so you can participate. Have fun, and see you next time! 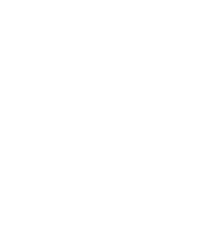